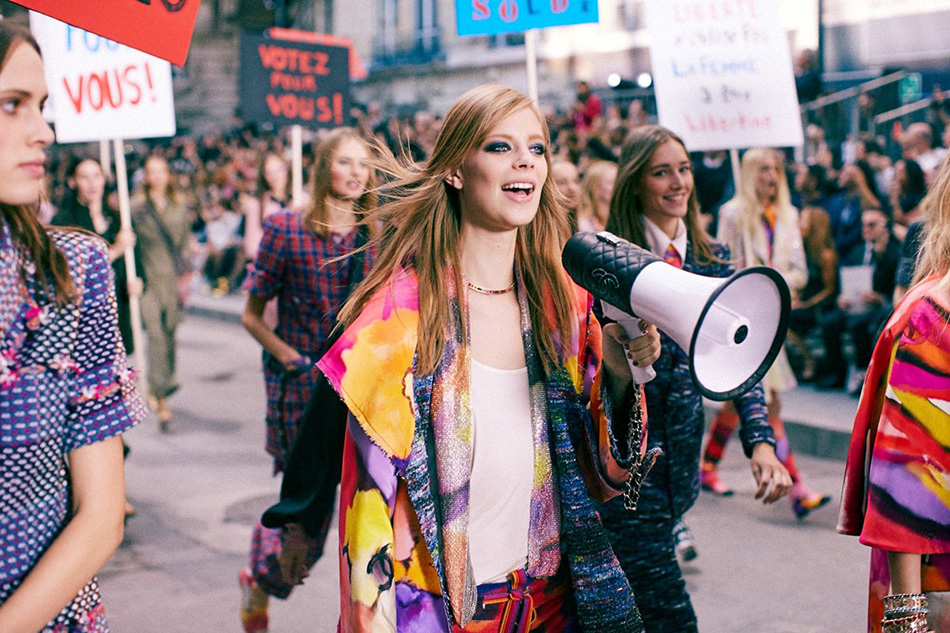 Another hectic fashion month has passed and there are so many things I would like to talk about. Like Paris for example… It excites me to just say Paris without even having to discuss the reason why. Oh wait, there’s more than one reason.

I have somehow always been aware that Paris is the centre of the fashion universe and this statement is now standing as high and strong as the Eiffel Tower. From Chanel’s politically provoking fashion protest (Karl, you are a genius!) to the spectacular vision of Louis Vuitton’s creative director Nicolas Ghesquiére to the last Hermes show for Christophe Lemaire to my personal favourite Balmain and everything else in between that Paris Fashion Week wouldn’t be the same without.

Even I felt exhausted from only observing the action from the comfort of my own home. At least I was wearing slippers, not some bloody uncomfortable heels, like these super cute ones from Sophia Webster that Anna Dello Russo wore during Paris Fashion Week, which I would love to wear by the way, but I am going to stick to the slippers for now.

Now back to Karl’s daring proclamation about the subject of feminism that seemed to be an outdated matter not long ago but is now taking a contemporary shape, and so it should be. The image of feminism has been terribly distorted by labels such as anti-men, anti-sex and against women objectification. Feminism as a movement was built around the belief in gender equality, a belief that was taken far too seriously by some, and the media played a huge role.

To me, feminism is to see women with vision, women with cause, aspiration and knowledge, women who can teach without preaching, role models that my kids one day will look at and get inspired, regardless of what gender they are. Women who can stand strong on their own but still want a man to support them because after all, men are to be men, and women should by all means stay on the feminine side. Speaking of feminine, Karl did a brilliant job with the Chanel SS15 collection but we weren’t expecting anything less than that. And what a colourful way to make such a statement!

Fashion week will always be a reminder that everything we see around us could be an inspiration for something great. Fashion itself is a rather superficial subject unless it has a message, and that message gives it a purpose, raison d’être as French people would call it. I bet you this Chanel spring coat is going to empower women all over the world not just because of its bright colours but because it’s synonymous with this new vision of feminism. Now go get inspired, be bold and be yourself.

I would love to hear your opinion, be it on the subject of fashion week or feminism, or both, or any other thoughts you have on your mind after reading this profound piece!